Why Rice Will Not Fix Your Phone


To understand why rice will not fix your phone it is important to grasp the effects that liquids have on a cellular device. In the most extreme situation your phone will fry out when submerged in water due to the impurities that are in the water. The sediment in the water allows electricity to flow through resulting in completed circuits that typically wouldn’t interact. In a less sever instance of water damaged the phone might have still been submerged by water but still somehow managed to operate. Fortunately, the phone did not experience enough completed circuits to be a brick but may still have damage present. Specifically, when all of the water dries away from the phone the same sediment mentioned earlier remains on the phone. The only true way to hopefully correct existing water damage is to open the phone and clean of all sediment with contact cleaner and a lint free rag. Even with all sediment removed the phone might still be damaged in certain areas that a circuit managed to complete and blow out. Typically if there are any black smudges on the motherboard of a damaged phone there is a high chance if partial damage.
So then what exactly does rice do and why do people use it? The extent to which rice helps a wet phone is that rice can help absorb liquid. However, even if the rice absorbs the water well you might still be left with a mess to deal with. Usually when rice is used it is done by placing the wet phone in a Ziploc bag or plastic tub. Rice and other grains have a tendency to become mushy and slimy when exposed to liquids. Mush and slime seem to like getting caked inside the creases and ports of a phone. Unfortunately the only real cure for water damage is to not expose your mobile device to liquid.

Phone Insure PDS/FSG made simple
Did you know that if your phone is under $500 RRP you pay less excess?
$65 for Replacement, $35 for Repair and $35 if your Apple device is damaged and replaced via Apple One –Year Limited Warranty.
All replacement devices for lost or stolen claims are brand new and not refurbished like some competitors offerings.

Posted by Phone Insure at 14:37 No comments:

Thinking of taking your Phone to the beach? Think again!

Summer is here and its beach time however be aware of the dangers the beach can bring especially if you have your mobile phone with you.
One of the most common causes of damage is liquid damage, you wouldn’t have a shower with your phone or bring it in the bath with you, so why does it seem like a good idea to take a selfie in the middle of the ocean. It is one sure way to ensure your phone will suffer liquid ingress that leads to the phone shutting down. Salt water will cause damage faster and in some cases more damage than mains water. 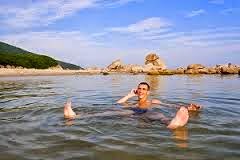 On the beach you use sun screen to protect you from the rays and prevent damage to your skin. Your mobile can also suffer damage as a result of prolonged direct sunlight. We have had cases where screens have cracked, melted, or have gone yellow as a result of heat and sunlight damage to screens. Make sure you have a good cover and keep the mobile out of direct sunlight this will mitigate the above happening. 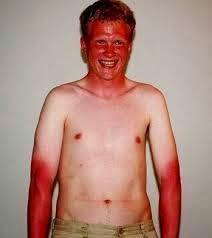 Sand also can cause damage to connectors, charging points, headphone jacks if it gets into your mobile so be mindful of this. This can lead to charging ports not working and failing to charge in some circumstances. 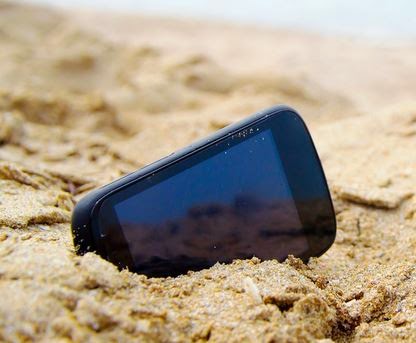 Make sure you have a good cover for your mobile , keep it dry at all times and out of direct sunlight and sand .
Posted by Phone Insure at 16:06 No comments:

A FISHERMAN who claimed a snapper jumped out of the water and snatched his mobile phone is among the most bizarre excuses given for losing handsets.
Hapless users are also wrecking devices by dropping them in hot chocolate and toilets, and taking them into the shower.
The weirdest and wackiest reasons submitted to insurers for ruined or misplaced phones include a customer who dumped one in a saucepan of hot chocolate.
Dogs, spiders and horses have also been blamed for damage disasters.
One said a horse stomped on a handset and smashed it to pieces, which a dog then ate.
Another reported her boyfriend ran over her phone with a lawnmower before their pooch chewed on the strewn mess, Optus records reveal.
Other insurers said some people tried to dry out phones in microwaves and ovens or put them in the freezer to cool batteries.
Optus mobile marketing vice president Ben White said while some claims may sound far fetched, many unusual situations were possible given people now took their handsets everywhere.
“We’ve processed millions of claims over the years so we’ve heard it all. People are generally honest but we do follow some up more thoroughly,” Mr White said.

“Lost and stolen claims need to be reported to police and damaged devices need to be handed in. We check account details and also look at a customer payment and claims history.”
Sunbury’s Bailee (OK) Rezell said his Galaxy Mini malfunctioned after it dropped, smacked his face and fell to the floor as he was checking social media in bed about a year ago.
“I was lying on my back and was on Facebook when I dropped it. I had a bump on my forehead and the screen had a little crack in it and I couldn’t turn it back on,” the 16-year-old said.
“Luckily it was my birthday soon after so my parents got me an iPhone.”
Risk Insure’s John O’Sullivan estimated Aussies lodged 1.7 million claims annually industry wide for accidental damage, loss and theft.
“It never ceases to amaze me what some people manage to do,” Mr O’Sullivan said.
“Some have said they have taken them into the shower as they think they are waterproof. Others have given them to kids as a teether that they blubber on.”
Insurance claims spiked after boozy public holidays and the festive season, he said.
There was also a rise ahead of new model releases, which fraud experts closely monitored.
karen.collier@news.com.au
Twitter: @KarenCollierHS
Originally published as ‘A fish stole my phone’
Posted by Phone Insure at 15:23 No comments: